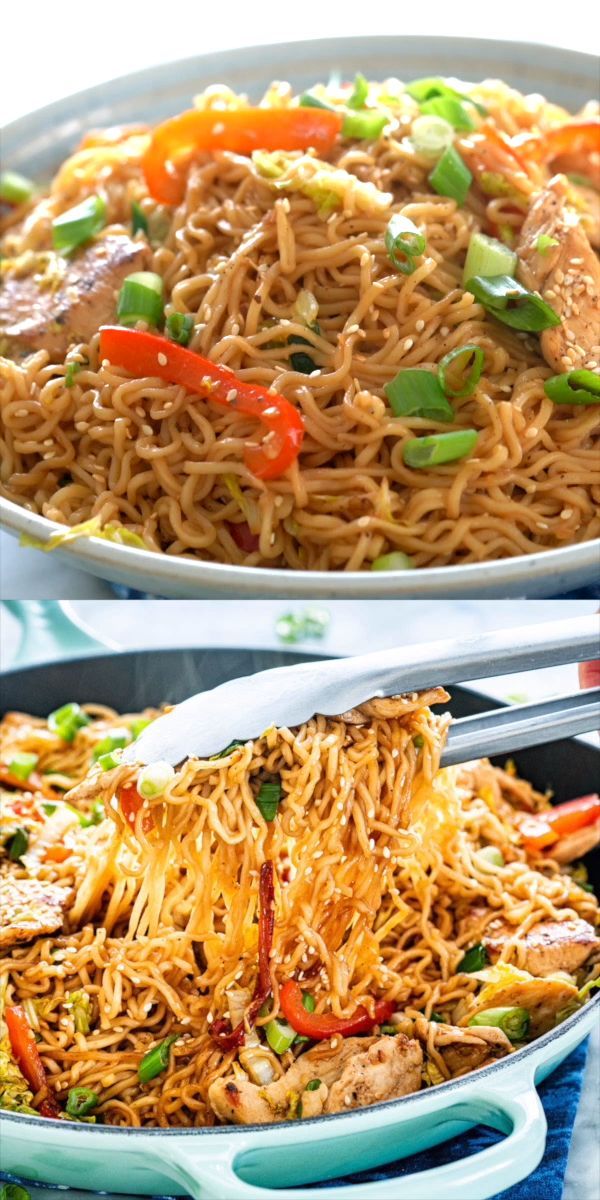 Chicken Ramen Stir Fry is a simple but tasty dish that is perfect for any night of the week. Packed full of crunchy veggies cooked down in a savory spicy sauce, served over ramen noodles, this dish is a home run! #ramen #chicken #stirfry