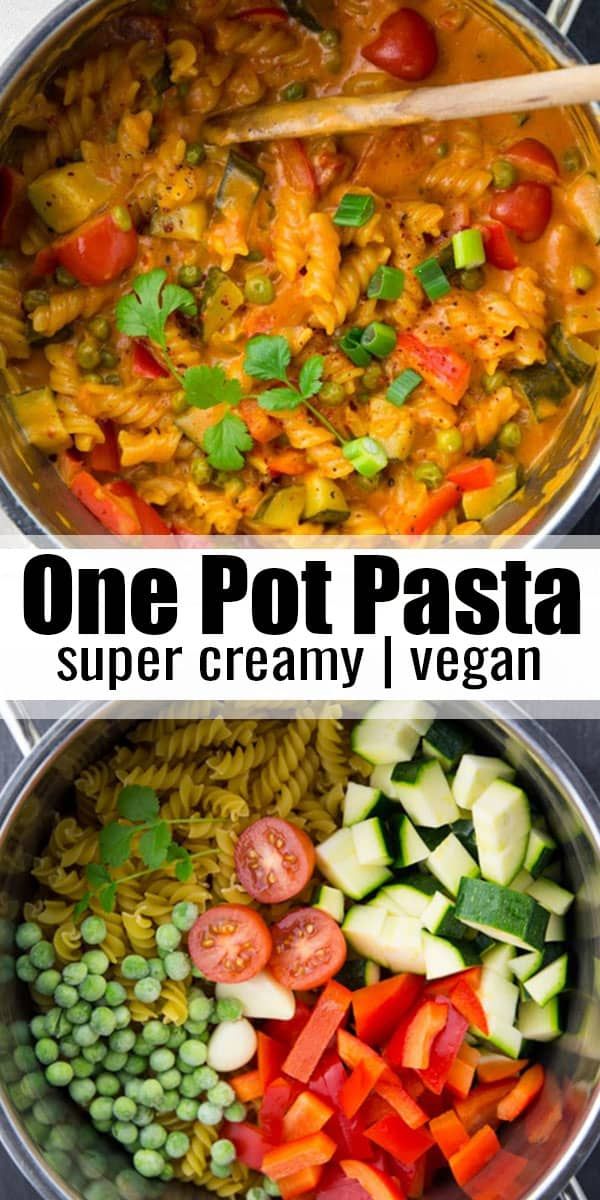 This vegan one pot pasta is one of my favorite vegan dinner recipes! It’s super easy to make and it’s the perfect weeknight dinner! Find more vegan recipes and vegetarian recipes at veganheaven.org! #vegan #veganrecipes #pasta