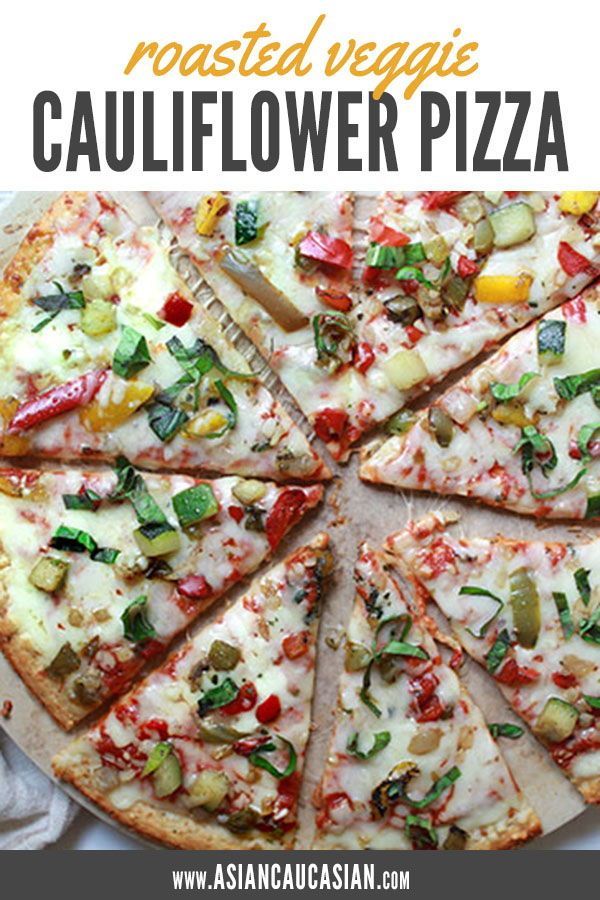 Cauliflower pizza loaded with roasted vegetables will be your new go to gluten free pizza recipe! This low carb pizza packs all of the flavor and none of the guilt! Gluten free, grain free, vegetarian and low carb, this healthy roasted veggie pizza is a total crowd pleaser and weeknight winner! #glutenfree #lowcarb