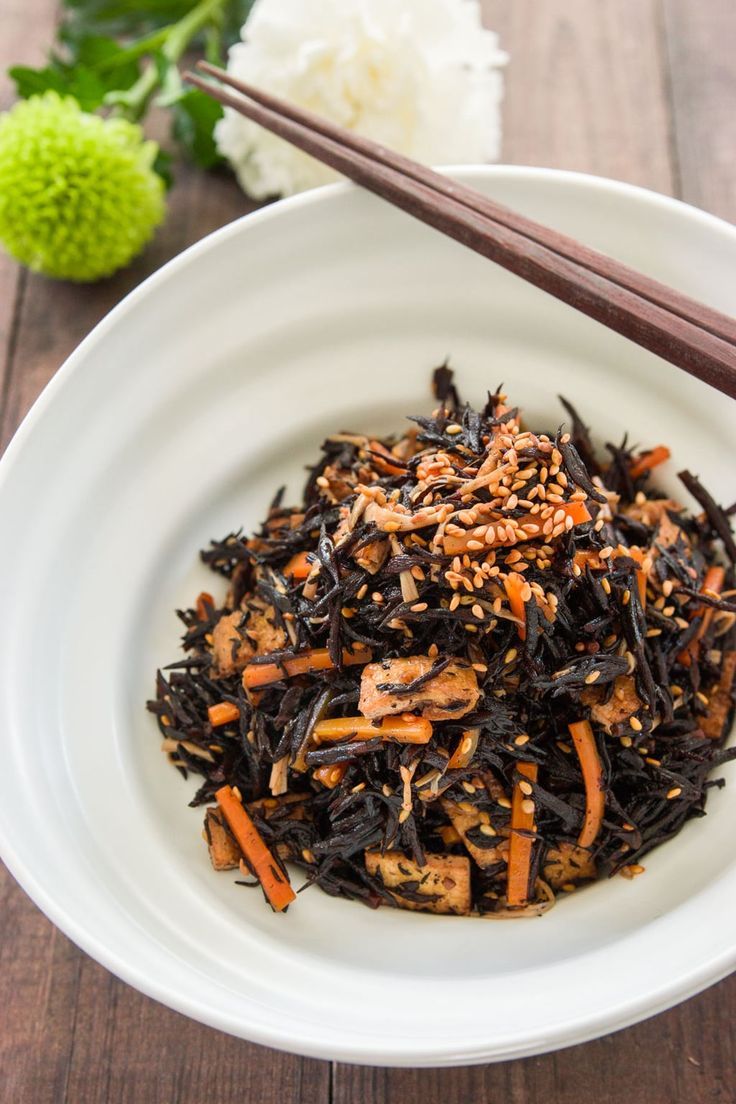 Hijiki No Nimono (ひじきの煮物) or Hijiki Salad as it’s known in the US is a delicious Japanese side dish loaded with both sea and land vegetables. #japan #japanese #seaweed #japanesefood