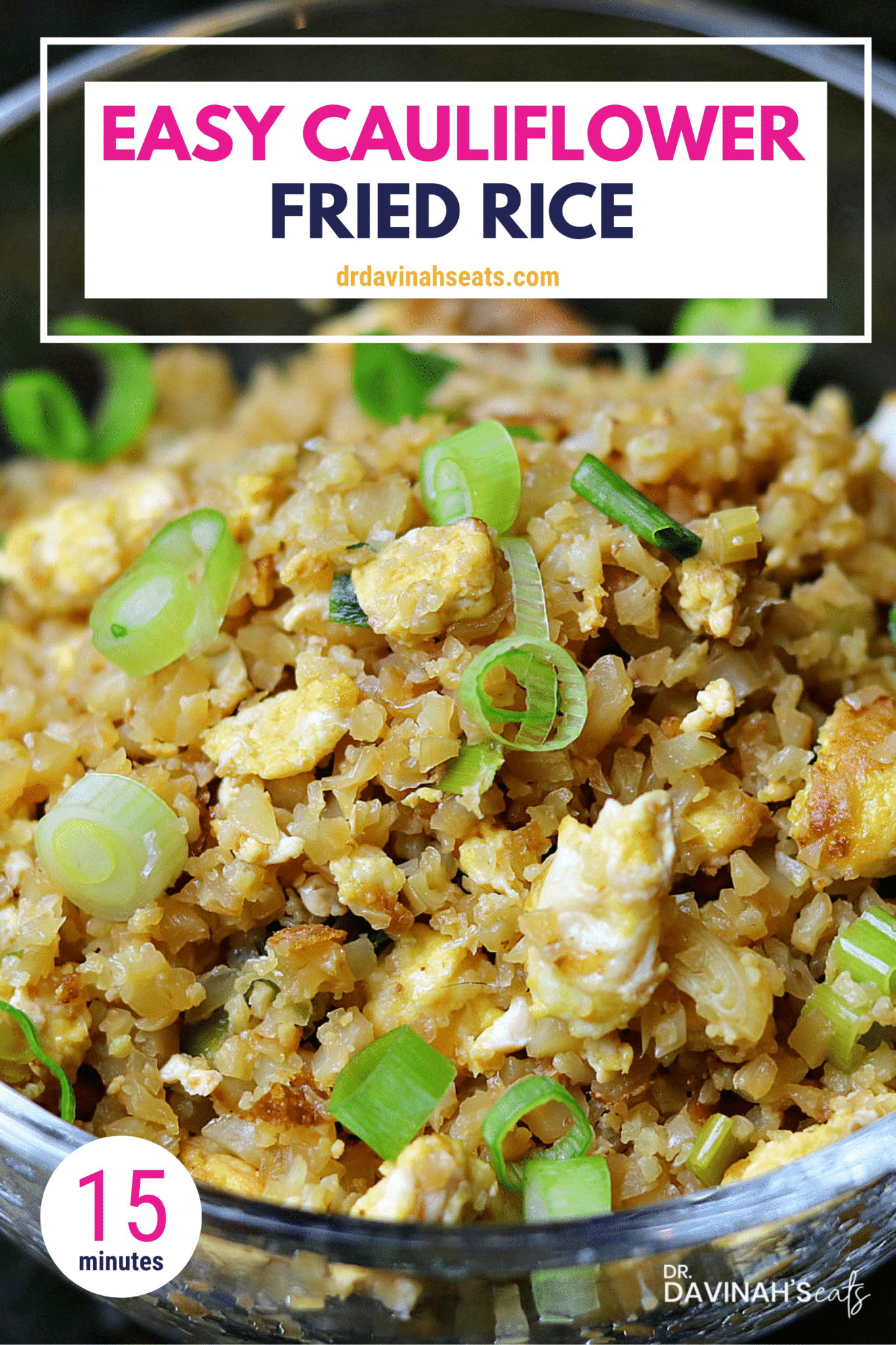 This easy, Keto cauliflower fried rice recipe is the perfect low-carb side dish for any Asian-inspired dinner. It’s perfect for those who want the flavors of fried rice without the carbs. Includes a no sugar added fish sauce as well as a gluten-free option for soy sauce. So, it’s perfect for those who are low-carb, keto, paleo, and participating in Whole30. #ketodietrecipes