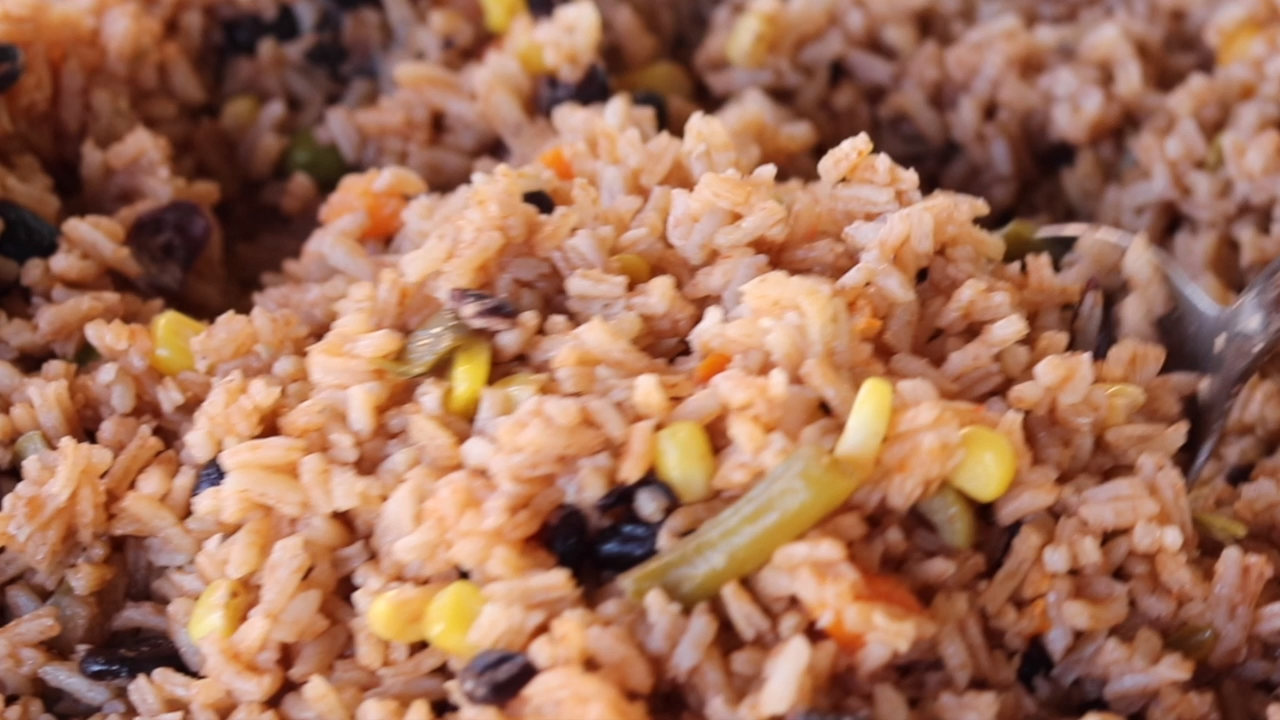 Delicious Bean Veggie Rice, perfect for sides and even totally Vegan! A must try!