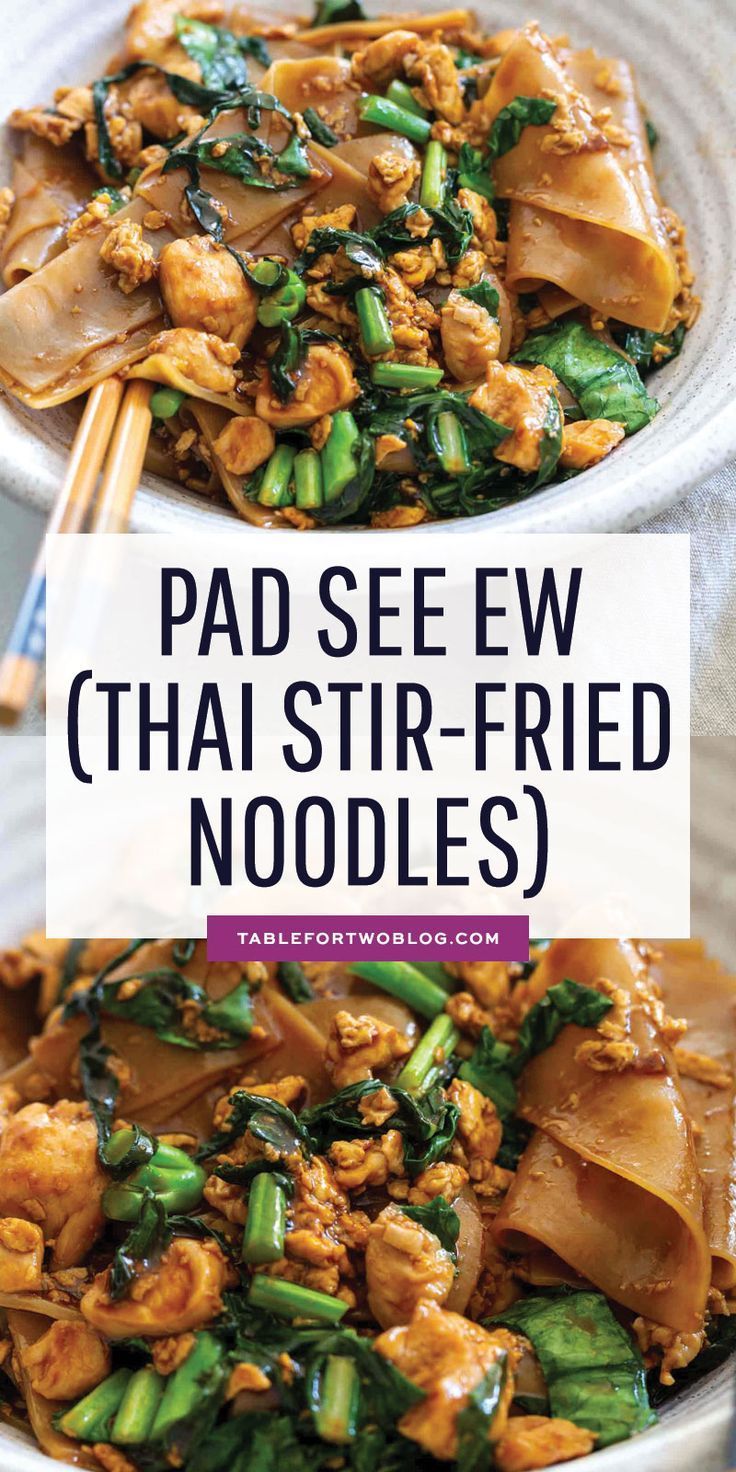 Pad see ew is one of the most popular dishes at Thai restaurants and now you can make it at home yourself and enjoy anytime! #thai #padseeew #ricenoodles #thaifood