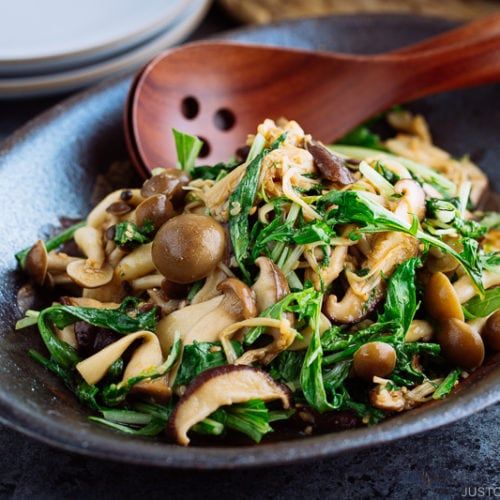 With just a handful of ingredients and 15 minutes, this Warm Mushroom Salad with Sesame Dressing can jazz up your dinner any night of the week! #mushroom #salad | Easy Japanese Recipes at JustOneCookbook.com